Hillary Clinton, and the case for second

Amidst celebration of the first woman nominee for president, hope for all that comes next 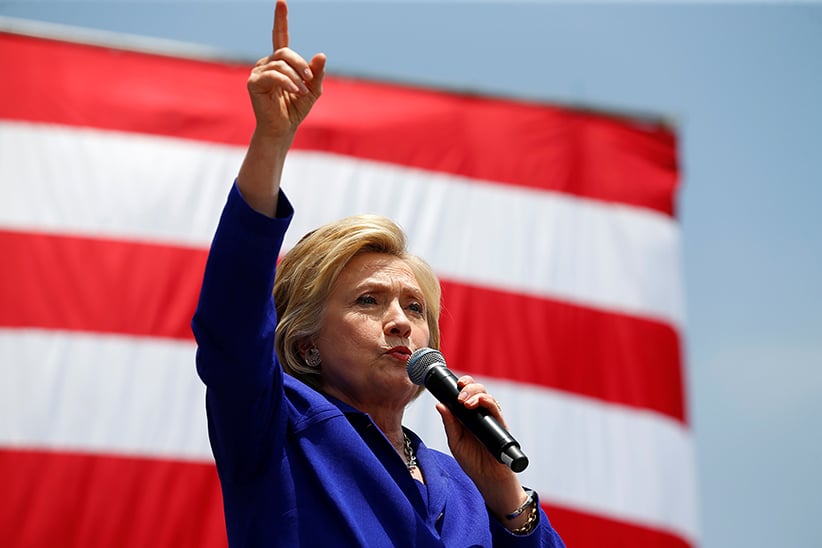 The idea of being first is everywhere at the moment, and why not? First is fun, first is the best, first is a long time coming, first is first. But here’s a case for second.

Dr. Ursula Franklin, the first female university professor at the University of Toronto, died just recently at 94. A revered scientist, educator and activist, she quite liked the idea of being “first.” In an interview with CBC Radio, Dr. Roberta Bondar (whose own firsts include being Canada’s first female astronaut) said Franklin liked the idea of “first” because it implied there would be a second. “She never minded being the first,” said Bondar, a Franklin admirer. “She didn’t want to be the only.”

To be first, according to a common dictionary definition, is to come “before all others in time or order; earliest.” First base means you might get to second. First aid, the help you get before you reach the doctor. First floor, upon which the others rise.

To be first assumes next, it assumes others.

When Michelle Obama soaringly said Hillary Clinton paved the way for her daughters to take for granted the idea of a woman president, she meant young women everywhere will imagine a second woman president will follow, and a third, a fourth. The path will have been paved, right?

In Malcolm Gladwell’s first edition of his podcast Revisionist History, he explores the life story of Elizabeth Thompson, almost the first woman to be named to the Royal Academy for her much-vaunted painting The Roll Call.

By which he means: things didn’t go well for other 19th-century women artists after Thompson’s breakout hit. “A woman gets accepted into a man’s world. She thinks that somehow something has changed but nothing has changed,” Gladwell says. “The men pat themselves on the back, and then they slam the door shut again.”

To Elizabeth Thompson, Gladwell adds a long list of women — including Julia Gillard in Australia and, of course, Kim Campbell in Canada — whose countries vaulted a female leader to power once, but never again.

Firsts, with no seconds.

We can say “about time,” but enduring change lies not in the first. It rests in the power of the second.