Seven signs Joe Biden is gearing up to run for U.S. president

His spouse says she and Biden want to 'pick a fight with a bully.' And that's just for starters 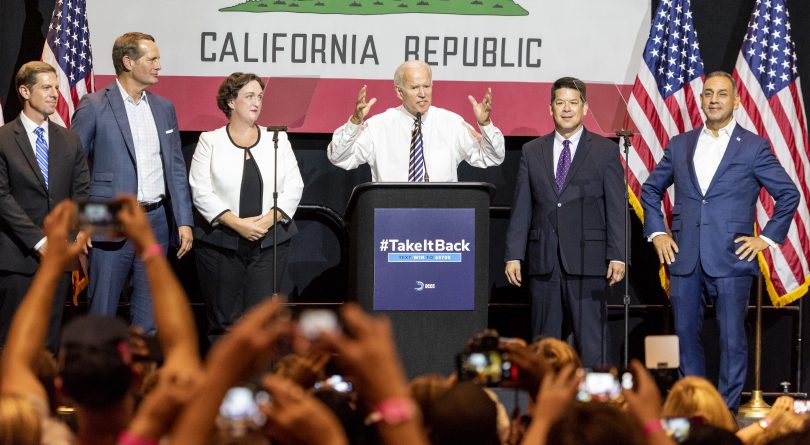 Everywhere Joe Biden turns up, there’s chatter of him running for president of the United States in 2020. He hears it when he’s on the streets, sitting on planes and, obviously, at fundraisers. After finishing a book tour this summer, Biden himself said that he has to make up his mind by January whether he’s in or out.

But for now, the signs are all pointing in one direction, suggesting he’s gearing up for 2020. Here are seven.

The last time Biden had posted anything to Instagram was back in 2016, back when he was still vice-president. Since Donald Trump was elected, Biden had been notably quiet on the social media platform—until former president Barack Obama recently announced Biden’s return to Instagram with a selfie of the duo. Biden’s feed only has three posts—but, thanks to Obama, more than a million followers.

My brother and friend @JoeBiden is back on Instagram. Welcome back, Joe—you'll always be one of the rare exceptions to my no-selfies rule.

2. Biden is taking swings at President Trump—and the president feels the need to swing back.

Back in March, Biden referenced Trump’s infamous Access Hollywood tape—the one where Trump bragged about sexually assaulting women, but later said it was simply “locker room talk”—and said he didn’t care to have a debate with Trump. The former vice-president said, if they were both back in high school, he’d rather “beat the hell out of him.”

If Biden was trying to set the bait, he succeeded. Trump responded by saying if such a fight were to take place, Biden would go down “fast and hard.” And this week—more than six months later—Trump is still referencing Biden’s original slight. At a rally this week, the president said a fight between the two wouldn’t last long (as the 72-year-old Trump pointed to his bicep). He even mimed blowing a puff of air at a 75-year-old Biden, saying that would knock him over. Judging by Trump’s shows of machismo, he feels threatened.

3. Everyone was talking about Biden running last month.

Bad political puns aside, Joe Biden was out running in Pittsburgh last month at the Labor Day parade.

He may have just been trying to catch up to his spot in the parade lineup—wearing dress pants and a polo shirt instead of jogging attire—but his presence at such a large union event was especially notable as he talked about being there more often if he were president.

The last time Joe Biden spoke at the Human Rights Campaign’s national dinner, three years ago, he was mulling a run for presidency. But he later backed away from running against Hillary Clinton for the Democratic Party’s nomination.

Last month, Biden was once again at the annual dinner for the LGBTQ advocacy group , using his speech to say Trump was using the White House “as a literal, literal bully pulpit, callously exerting his power over those who have little or none.”

5. Biden’s wife seems ready to ‘pick a fight with a bully.’

One of the most important parts of running for office is ensuring one’s spouse is ready for the long, gruelling campaign. From the sounds of it, Jill Biden is more than ready to stand up to Trump.

6. Biden’s fundraising machine is in motion.

Last week, Biden was the major attraction at a $5,000-a-plate fundraiser in Hollywood, hosted by DreamWorks Animation co-founder Jeffrey Katzenberg. The evening, attended mostly by Hollywood executives—reportedly raised about $100,000, with proceeds going towards Biden’s “American Possibilities” political action committee, a PAC which is currently helping funding Democratic gubernatorial candidates. Biden also squeezed in a fundraiser for U.S. Senator Dianne Feinstein during his California trip (though Feinstein herself couldn’t make it.)

7. Biden is a betting favourite to beat Trump.

The last time Democrats were looking into a run for presidency, the 2016 Democratic nominee seemed a foregone conclusion: Hillary Rodham Clinton had the political experience, popularity and fundraising power with which no one else could compete. If Biden was mulling a bid back then, surely, he realized was a long shot to beat Clinton in the primaries.

Fast forward to 2018, and the HRC roadblock is out of the way. Biden has the name recognition—and all but certainly the backing of former president Barack Obama. Biden has been atop CNN’s monthly power ranking of 2020 Democrats for most of the summer. (He recently dropped to #3 behind Elizabeth Warren and Kamala Harris.) And a summer poll from Politico—in a hypothetical Biden vs. Trump match-up—gave Biden a solid seven-point lead.