Trump says markets will crash if he's impeached. Don't count on it. 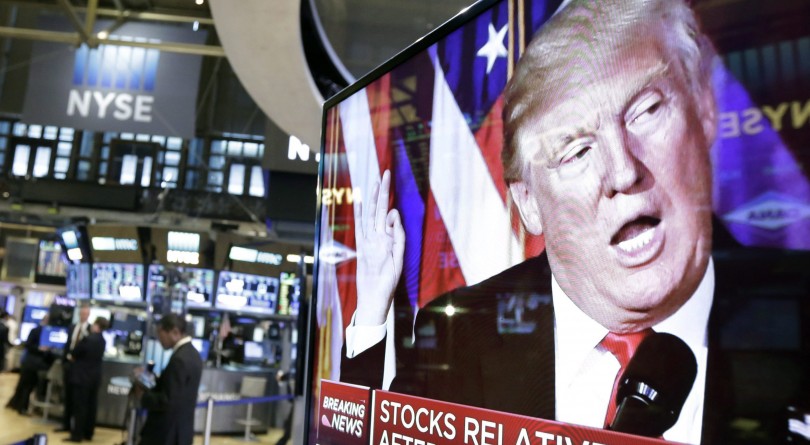 An image of President-elect Donald Trump appears on a television screen on the floor of the New York Stock Exchange on Nov. 9, 2016. (Richard Drew/AP Photo)

It seems unwise for Donald Trump to invite comparisons to Richard Nixon. Any yet, there the president of the United States was on Fox & Friends this morning. “If I ever got impeached, I think the market would crash, I think everybody would be very poor,” Trump told the hosts of his favourite morning show. The comments invoked memories of his disgraced Republican predecessor, albeit probably unintentionally.

And indeed, the case of Tricky Dicky suggests that indexes do tumble when Congress decides to oust a sitting president. Take a look at this chart, which shows the weekly high of the S&P500 in July and August 1974: 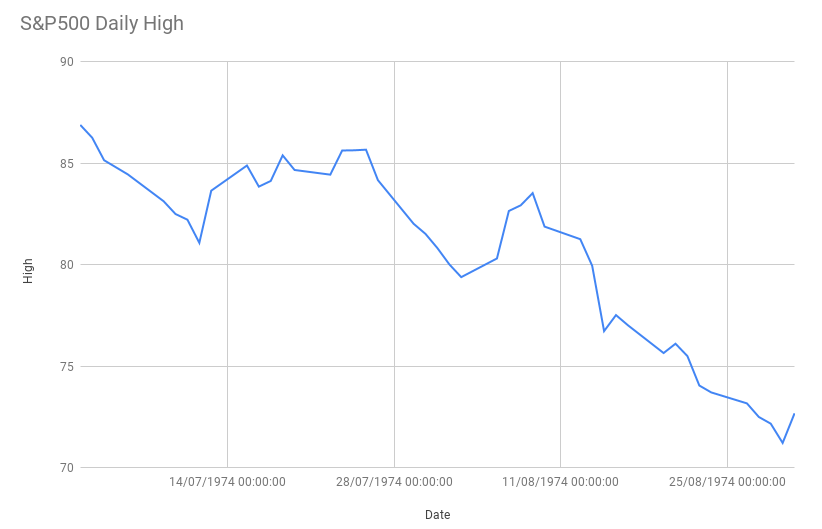 That dip in the centre of the chart came in the days on which the House Judiciary Committee voted to recommend articles of impeachment against Nixon, one each on July 27, July 29 and July 30. The president resigned the morning of Aug. 9, a Friday. The markets dropped further in the working week that followed.

But taking a wider view provides a slightly different picture of the market impact of the impeachment process and resignation. Here’s the S&P weekly high from 1970 to 1978, four years before and four after the period in which Nixon’s exit unfolded: 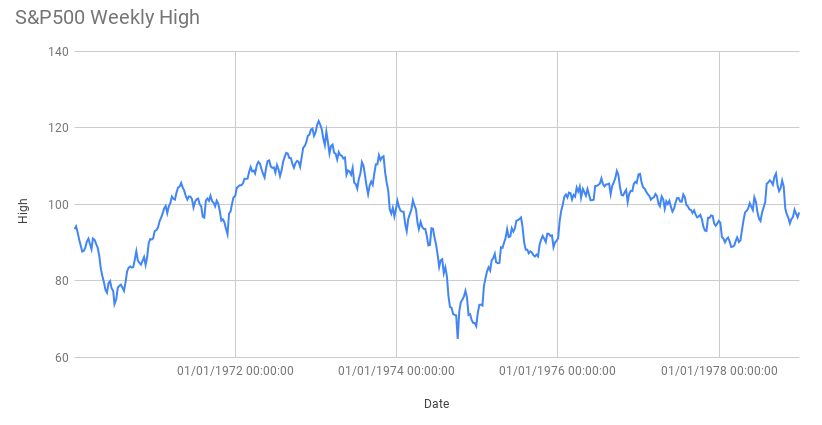 While the S&P500 reached its nadir just after the impeachment period, in September 1974, it was already a bear market. The unfolding of the Watergate scandal coincided with the downturn, but so did the economic crisis created by an embargo imposed by the Organization of Arab Petroleum Exporting Countries on a number of countries, including the U.S.

That’s what has happened. What will happen—well, the results of rare events like this are very difficult to forecast, says Lisa Kramer, a professor at the University of Toronto’s Rotman School of Management, whose research looks at financial decision making through both economics and psychology. She points to the prevailing story on election night in 2016, after it started to look likely that Trump would win. “It was widely anticipated that the next morning the market was going to crash, and of course that’s not what happened,” she recalls.

The markets have been on a bull run since. That’s at least partly a consequence of the president’s policies, notably significant tax cuts for businesses and high net-worth individuals, and has also happened in spite of the uncertainty he’s created about the U.S.’s trading relationships. In terms of the “economic consequences of something like a political impeachment,” Kramer says, the tax changes have already been put in place. And “to the extent [that trade war] concerns get alleviated by an impeachment, it’s possible there’d be no more than a ripple in market.”

Take the events of this week. The conviction of former Trump campaign manager Paul Manafort and guilty plea of his ex-lawyer Michael Cohen are what caused Trump to finally talk about the possibility of his impeachment. But “the markets haven’t even really hiccuped,” Kramer observes. “That’s reassuring.”

Still, “when drastic things happen, rational expectations aside, sometimes humans get carried away,” says Kramer. People might overreact to a change of president. Trump certainly will.