Taxpayer bailouts for big corporations should be a last resort

Paul Boothe: Lessons from Ottawa’s 2009 automaker bailout for those seeking help for troubled industries like oil and gas and airlines today 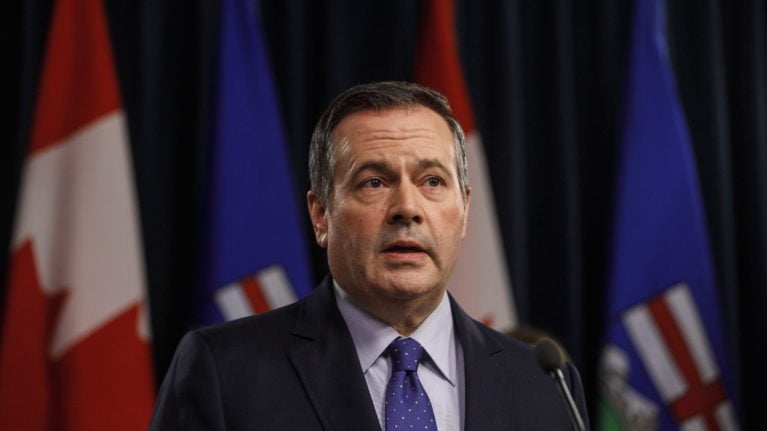 Paul Boothe is a former economics professor and provincial and federal deputy minister. He led the federal team negotiating the restructuring of GM and Chrysler in 2008/09.

As the economic effects of the pandemic are increasingly felt, we are seeing a series of large government programs designed to aid workers and business. Business support has been aimed especially at small and medium sized enterprises (SMEs). The rationale is that we need to prevent large numbers of SMEs from failing during the pandemic, so that they can restart quickly once the public health situation stabilizes.

We are also now hearing calls from industry groups and provincial politicians for the federal government to support larger companies in trouble. Often, the government bailout of General Motors (GM) and Chrysler during the Global Financial Crisis (GFC) of 2008/09 is cited as a precedent.

For example, last week Alberta Premier Jason Kenney pointed to the automotive sector bailout and said, “Albertans are absolutely right to expect and to demand at least similar treatment for by far the largest industry in Western Canada.”

As governments consider whether to offer support to troubled companies, it’s worthwhile to have a clear picture of the action we took during the GFC and the impact it had on the two companies. Here is a quick review and some lessons that we can draw from the experience.

READ: What the turmoil in oil markets means for Canada’s economy

At a high level, three governments (US, Canada and Ontario) provided debtor-in-possession financing to GM and Chrysler as they went through an accelerated bankruptcy process to restructure their businesses. Total Canadian support exceeded $13 billion dollars. Like today, the Government of Canada also provided lots of other extraordinary support to financial institutions and smaller companies through the Canada Mortgage and Housing Corporation, Export Development Canada and the Business Development Bank of Canada.

Pre-bankruptcy, we provided both GM and Chrysler with interim loans at market rates to keep them solvent while we examined their restructuring plans. We rejected the plans a couple of times before we approved them – each time we told the companies we were looking for bigger cuts and more cost savings to match our forecast of future demand for autos.

Once we had approved their restructuring plans, we put the companies through an accelerated bankruptcy process in the US. Equity holders were completely wiped out and bond holders received pennies on the dollar. As part of the bankruptcy, we provided debtor-in-possession loans, putting taxpayers ahead of all other creditors. We also took a small amount of equity.

As part of the restructuring, we replaced the senior management of both companies and put our own representatives on their boards of directors. Both firms were under strict government supervision that severely limited management pay and perks and required approval from both US and Canadian governments for any major decisions.

Needless to say, the boards and management of the restructured companies hated being under government supervision. They worked as hard as they could over the next five years to pay us back and get us out of their businesses. This is exactly what we hoped for. A significant proportion of the government support was recovered as the bankruptcy loans were repaid. Governments were able to sell their shares in both companies when share prices recovered.

READ: Coronavirus in Canada: how to get tested, what the symptoms are, where to get help

What lessons can we draw from this episode as we consider supporting troubled companies during the pandemic? The first lesson is to be clear on the rationale for support. Taxpayers should not be called upon to insure managers, equity holders or creditors of large, troubled companies against the fallout from the pandemic. To the extent taxpayers are involved at all, it is to mitigate the impacts of business failures on the economy as a whole.

Second, accessing private capital should be troubled companies’ preferred option, with public support existing as a last resort. The terms and conditions of the public support should induce companies to do everything they can to avoid using it. Terms and conditions should include severely limiting board and management pay and perks, requiring regular government monitoring and approval of major decisions, and putting taxpayers ahead of equity holders and other creditors if the company fails.

Finally, the support should be limited in both amount and time. Taxpayers need to know the total amount of support and its conditions, how and when it will be paid back, and how it affects overall government finances. Governments should promise to report regularly until the loans are repaid.

The global pandemic has brought with it the largest economic shock Canada has faced in living memory. Federal and provincial governments have moved quickly to support families and firms in an unprecedented way. This is entirely appropriate. But as with the GFC, the effects of the shock will likely be felt for years to come. Understanding the rationale and limits to taxpayer support of troubled companies will help ensure that governments will have the capacity to manage those effects not just today, but over the long haul.