TFSAs (as they are today) aren't terrible

We make assumptions about low and modest-income Canadians, and spend too much time worrying about people gaming the system 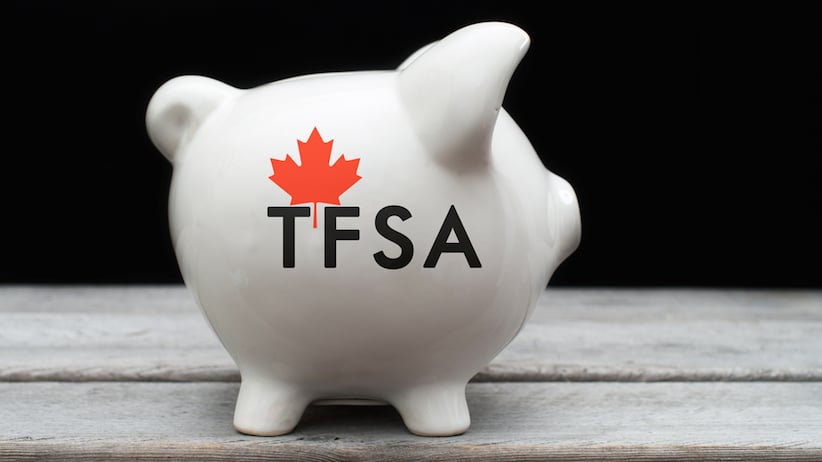 Last week, Jon Kesselman, one of the intellectual fathers of the Tax-Free Savings Account, published a report that offered, what I think it is safe to say, is the majority view among Canadian economists: The TFSA has merit as it is and we shouldn’t double the contribution room. Not only would doubling the contribution limit be largely useless for most households, argued Kesselman, it will likely have no real positive economic impact and could have a very large long-run fiscal costs for federal and provincial governments alike.

(Sidenote: I may diverge a bit here with the Economist Party but I’d argue that Kesselman’s criteria for evaluating TFSAs should also be applied to RSPs.)

I think Kesselman is right. The TFSA has some valuable features that he and Finn Poschmann were right (in their 2001 paper) to argue were needed. I think this is especially true for lower- and modest income savers.  For these small savers, incentives like the tax deduction you get for RSP contributions aren’t great because they have such low (or even no) tax liability to begin with. Similarly, when the time comes to retire, some number of working poor savers were finding themselves penalized through clawbacks to seniors’ benefits that took away $1 for $1 (or even more) in income what they had scrimped to save up on their own. The GIS exemption in the original TFSA design wasn’t totally ill-conceived–it was an effort to fill a real policy gap.

We do a pretty lousy job in this country when it comes to managing the interactions between income, savings, taxation and public benefits. We make too many assumptions that low- and modest-income Canadians will never save any money and probably spend a bit too much time worrying that hoards of non-poor Canadians are going to game the system.

Kesselman’s report cites the analysis from the Office of the Superintendent of Financial Institutions that suggested the TFSA, at current annual contribution limits, could increase the net cost of the OAS-GIS system by $4 billion per year by 2050. But don’t forget that, the government has also moved to phase in an increase to the eligibility age for OAS and GIS benefits. In the most recent actuarial projection that came after that policy change but still factored in effects of the TFSA, the chief actuary wrote that “although the anticipated effect of TFSAs and changes in economic assumptions act to increase the cost ratios, these effects are more than offset by other factors, including the experience of the last three years and recent legislated amendments to the program that will gradually increase the age for benefit eligibility” (see the third paragraph in the conclusion).

The negative impact of the TFSA on the sustainability of the OAS-GIS program, at least at current levels, has been more than neutralized by a far larger change to OAS rules. This balance would be upset again if the government were to move ahead with its plan to double the TFSA contribution room and has to be addressed in any conversation about moving to a $11,000 annual TFSA limit.

But arguments against increasing contribution room should be separated from criticisms of the current TFSA model.  According to the Department of Finance, only about six per cent of TFSA account holders are also GIS recipients. The worry is that with more lifetime room, many more Canadians could maximize their TFSA to collect “free” GIS money before drawing down other assets that are subject to the GIS clawback. But, using current figures, this would mean agreeing to constrain other income to less than $23,800 (which isn’t even enough to keep a single person living in a major city above the pre-tax low income cut-off) all just to collect a meagre $764 per month. Ebeneezer Scrooge may be giddy at such a retirement prospect but I wonder how many middle-income Canadians (who are not bean-counting economists or financial advisers) would be enthused.

While a minuscule share of TFSA holders are GIS recipients, about 23 per cent of GIS recipients are TFSA-holders, according to the same 2012 report by Finance. The published report gave no details on the average account balances of GIS-receiving TFSA users, but I’d bet it was a small number. At the time of that report, cumulative lifetime TFSA room was only $15,000. If those seniors had built up large assets in investments, RSPs or pensions, they wouldn’t be eligible for the GIS in 2012. Those 23 per cent of GIS recipients had no real time to game the system, they were just using the TFSA as intended. But isn’t it noteworthy that nearly one quarter of the lowest-income seniors had some assets (likely small) and wanted some safe option to save without being penalized by losing income? Maybe it’s time to stop assuming that savings policy decisions aren’t important to low- or modest-income Canadians.

Small savers don’t need big tax writeoffs. They don’t need big annual contribution ceilings or unlimited lifetime limits.  The current structure of the TFSA isn’t perfect. Doubling it would make it much worse, but cancelling it altogether would be a real policy failure.