Changing EI parental leave provisions may change the season of births in Canada and the distribution of health, education, and development outcomes 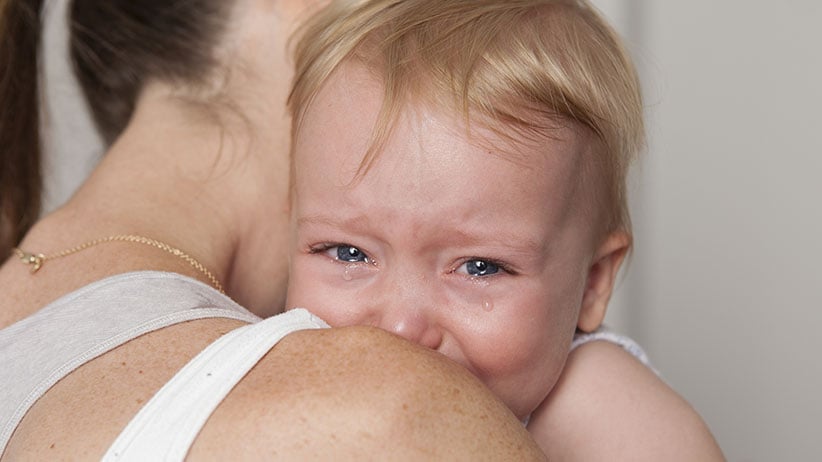 During the recent federal election, the Liberal party committed to increasing the parental leave duration an additional 26 weeks, from 35 weeks to about 61 weeks (the Conservative Party of Canada also had a similar proposal in their election platform). Such an extension means that the combined EI maternity and parental leave duration will increase from 12 months to 18 months.

In addition, the new Liberal government has also recently signalled that it will ensure a portion of this leave is dedicated solely to new dads. Such a dedicated paternity leave (five weeks) already exists in Quebec. 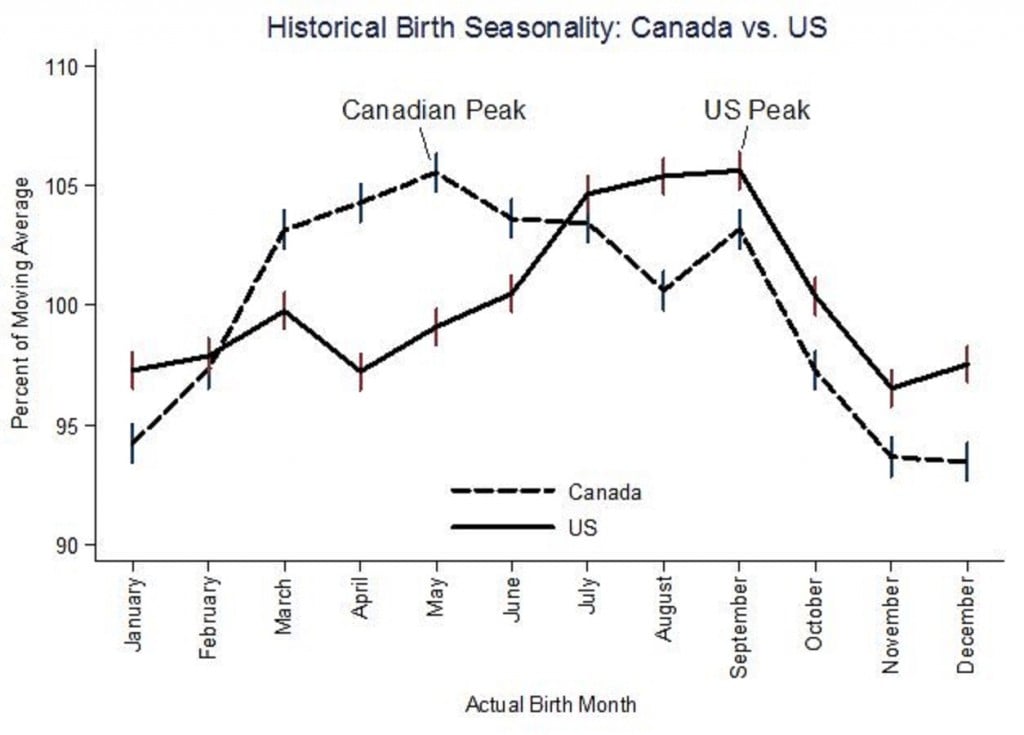 Modern research (summarized here), however, has shown that the timing of births can be influenced by public policy. All of these studies, though, focus on policy changes that affect delivery dates within a small window rather than birth seasonality per se.

Janice Compton and I recently explored whether public policy can influence the underlying pattern of births by influencing conception rather than the timing of delivery. Specifically, we investigated the effects that the 2001 extension of paid parental leave benefits had on birth seasonality in Canada. This extension increased the duration of these benefits from 10 to 35 weeks, resulting in the maximum combined paid maternity and parental leave increasing from six months to about one year. Our working hypothesis was that policies that result in significantly longer parental leaves may alter the leave-optimization decision for parents.

Using a variety of techniques and data sources we found strong results that the pattern of birth seasonality in Canada changed after the expansion of the paid parental leave benefits, with a notable decline in spring births and an increase in late summer and early fall births, as shown below. To further isolate the changing pattern to the extension in paid parental leave we found that the U.S. pattern did not change over the same period and the changing pattern in Canada is isolated to those most willing and able to plan conception, namely married women of peak-child bearing age. 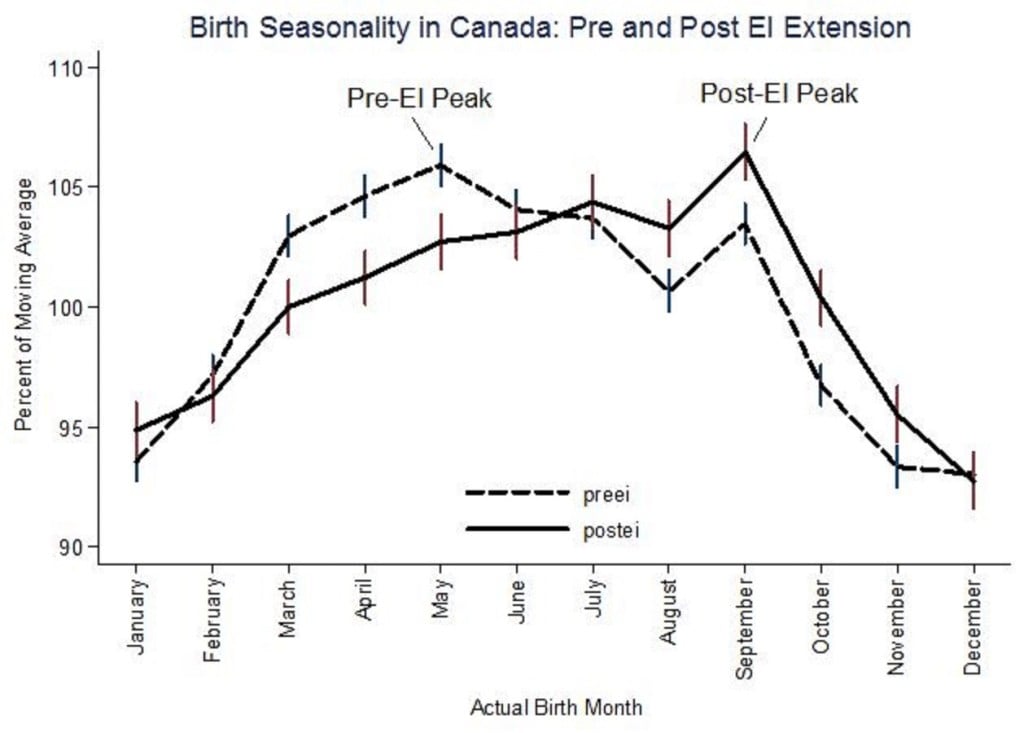 First, there is a significant amount of research that links health and development outcomes to birth season. Specifically, the literature shows that there are a number of negative health effects (e.g. childhood diabetes, schizophrenia, and multiple sclerosis) associated with being born between March and June. The change in birth seasonality in Canada may mean decreased incidences of these factors in Canada amongst the population born after 2000.

Second, many provinces use the calendar year for determination for entry into school. The observed change in birth seasonality means that, for these provinces, there will be more younger students in school grade levels. As younger students lag their peers, on average, in educational preparedness this may result in lower test scores, an outcome that may be long-lasting. And if the age issue is not properly controlled in studies, the outcome may lead to the erroneous conclusion that child care quality or expansion to early education may be to blame.

However, there are potential implications to birth seasonality related to the 26-week extension in parental leave. If there is significant take-up of this option, we are likely to once again see a shift in birth seasonality in this country. And the implications of such a shift will depend where the pattern settles and for whom.

By overlooking these unintended consequences, both during the design phase and evaluation phase, policy-makers are left with an incomplete picture of the effect of the intervention. Of course, most of the unintended costs and benefits associated with changes in birth seasonality fall in areas of provincial responsibility (i.e., health and education) so not only should the federal government be aware of these unintended affects, but so should the provinces.