The power—and the violence—of being an Indigenous trans woman

In the Anishinaabe worldview, being Two-Spirited is holy. In Western culture, being transgender is anything but. A poet digs into the differences 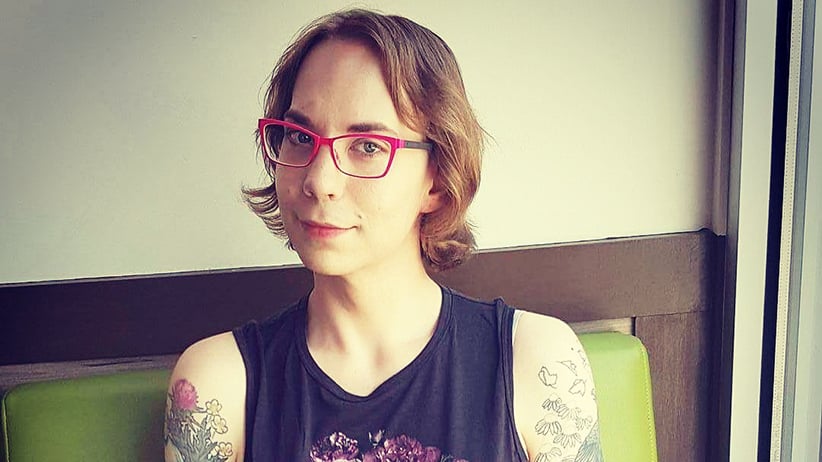 The first person to name my gender was my Anishinaabemowin (Ojibway) language teacher. A fluent speaker in all dialects of Anishinaabemowin and a residential school survivor, he looked at me one day and said, “You have a woman’s spirit.”

The best way I know to explain this intersection is through a recent experience I had in my dating life. Dating as a trans woman is always dangerous and dehumanizing, but dating as an Indigenous trans woman is more complicated. I was casually dating a Euro-Canadian guy when he suddenly broke up with me. Right before he launched into the formal “we need to break up” conversation, he talked for ten minutes about how much he loved narratives of European explorers. He highlighted their bravery, going into unknown lands and discovering new worlds.

I pointed out that those unknown lands and new worlds were already known and familiar to someone. “It doesn’t end well for the people that the explorers found,” I said. “It usually results in genocide.” He paused for a moment and then nodded: “Yeah, I guess.” I could feel my stomach drop as soon as he starting romanticizing European conquest, the nausea I’ve come to associate with being forced to listen to someone’s racism.

I was the first trans girl he had ever dated. I’d been upfront about my pre-operation surgery status from the beginning. He told me repeatedly that he was comfortable with my gender, including during our breakup. Later, I saw that he changed his online-dating profile’s sexual orientation from “heteroflexible”—shortform for men who will date trans women—to “straight” after he broke up with me.

One of my friends tried to comfort me by saying that I’d helped him discover his sexuality. But no girl wants to be an experiment or a learning process. I am constantly engaged by men who see me as a curiosity or a fetish, not a whole person. This replays the colonial narrative again, but in intimate terms. Now, I am my ancestors again. I am the conquered woman that he discovered and discarded. I was the unknown land to him.

This is the intersection of being Indigenous and trans. Right before I experience a deeply intimate expression of transphobia, I enter a space of racism and colonial thought. Both forms of violence are linked. Within my traditional culture, there is no fear or aversion to trans women as romantic partners. We were viewed as valuable in Anishinaabe culture, because we were often surrogate parents to orphaned children and worked to support our communities. Western culture views trans women as sexual curiosities—women who threaten their male partner’s masculinity and are seen as lesser than other women.

For me, it’s a primary example of how colonization has degraded the inherent humanity of Indigenous trans women. Romantic rejection is painful, yes—but imagine if that rejection is grounded in Western society’s judgment and conception of your gender as invalid. My body must survive transphobia, colonization, and misogyny. Even when I win against one oppression, I lose to another.

There is more to being an Indigenous trans woman than the oppression we face. There have been so many painful moments in my transition, but I am constantly strengthened by reflecting on the power of my ancestors, Indigenous women who have survived genocide. Indigenous womanhood is a beautiful and fierce love. In Anishinaabe culture, we come from the waters of our land and carry many responsibilities; we are seen as the spiritual and intellectual hearts of our nations. This is a gift, no matter how much the world tries to devalue us.

Whenever I feel the shame that other people place on my body, I look up old photographs of Indigenous trans women. Those women, often unnamed and erased within our histories, remind me that my body is holy in my culture. I was born into this spirit. When an Indigenous trans woman walks in the world, she holds all of her ancestors up with her.

Gwen Benaway is a trans girl poet of Anishinaabe and Métis descent who has published two collections of poetry, Ceremonies for the Dead and Passage, and will be publishing her third collection, Holy Wild, with BookThug in 2018.