The question that haunts Andrew Scheer

Andrew MacDougall: When Scheer was asked if he believes being gay is a sin, he couldn't say 'no'. It's a major political problem in Canada in 2019. 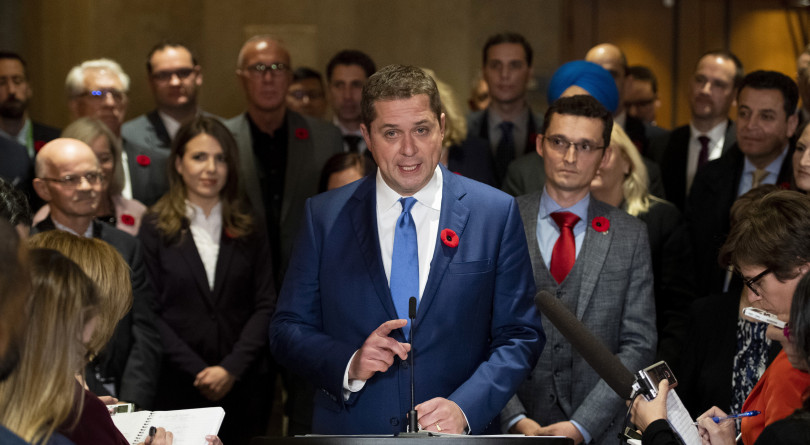 It was the answer Andrew Scheer had to give to make the question go away. And if Scheer was feeling particularly aggrieved for having to answer that particular question in the first place, he could have added a principled bit about the nerve of trying to hold someone’s private religious views against them in public life. But Scheer didn’t give “no” for an answer after his first post-election caucus meeting, nor did he expand on why he wouldn’t.

And what was the question put to Scheer?

“Do you believe that being gay is a sin?”

Now, was it a fair question to ask of a politician whose job description has the square root of squat all to do with adjudicating sin? No. Would it be asked of a leader from another faith group? Maybe, maybe not. But the Catholic Scheer had to know the question, or a version of it, was coming, especially after the last campaign. It’s what reporters in a micro-monoculture do. And until the question is answered, the questions will keep on coming.

“My personal opinion is that I respect the rights of every single Canadian,” was Scheer’s answer on the question of gay sin. So was that a “yes”, given the two questions aren’t mutually incompatible? Who knows? I guess we’ll just have to keep guessing.

The good news is that the socially conservative leader of one of Canada’s two main political parties stands by the rights of Canada’s sexual minorities. But it’s hardly something for which to offer a reward nearly 20 years into the 21st century. The bad news for Conservatives is that the message won’t be heard (or believed) by the approximately 10 per cent of Canadians who are gay—to say nothing of the many more who don’t have any qualms about other people being gay—until Scheer speaks a little more clearly on the underlying message he is or isn’t sending by not taking the question head on.

The simplest explanation is that Scheer actually thinks being gay is a sin. He certainly gives off the uncomfortable vibe of a sincere and practicing Catholic when talking about all that is gay. And fair play. But enjoy banging your head against that low electoral ceiling, Mr. Scheer.

Because whether you like it or not, holding the minority view on minority issues is a major league political problem in Canada circa 2019. Canadians expect their leaders to do more than respect rights. At a minimum, they expect a little bit of candour.

An Andrew Scheer who said something like “given my Catholic upbringing I find this conversation difficult personally, but I want to reassure every Canadian that, whatever your sexuality, I will always stand up for your rights no matter what” would at least get brownie points for authenticity. But even then it would likely go over like a lead balloon.

With some sort of heartfelt personal declaration out in the open Scheer would then have the credibility to make the broader point of whether it’s appropriate to hold people’s private views against them in their pursuit of public office. Here, the political left is open to a charge of hypocrisy because they would never dare ask the question of somebody who isn’t a Christian. But that isn’t the point now, is it?

Gay people used to be persecuted and punished by the state. It has now been 50 years since the Prime Minister of Canada took the state out of the bedrooms of the nation. And LGBTQ rights have advanced by leaps and bounds in the intervening years. We’re now at the point where being gay isn’t hidden, it’s openly celebrated. That’s progress and it’s not going to be reversed.  More to the point, nobody believes a Liberal, NDP or Green leader would ever reverse these gains, given theirs were the parties who led efforts to enshrine gay rights in the first place.

Can most Canadians say the same of a Conservative Party of Canada led by a social conservative? It would appear not.

This being Canada, we cannot—and must never—compel thought or speech. We can and do, however, withhold our support for people who hold certain views, whether religious or otherwise (just ask Mad Max Bernier). Until Andrew Scheer and the Conservative Party reconcile themselves with Canada’s 21st century views on social issues that are now settled it will remain a block on their electoral appeal.