We want Amazon, Jeff Bezos. Or is it best to just call you 'Christ Almighty'?

Humour: Hundreds of cities are ready to spend millions to humiliate ourselves to Amazon's satisfaction. Here's how far Toronto's willing to go. 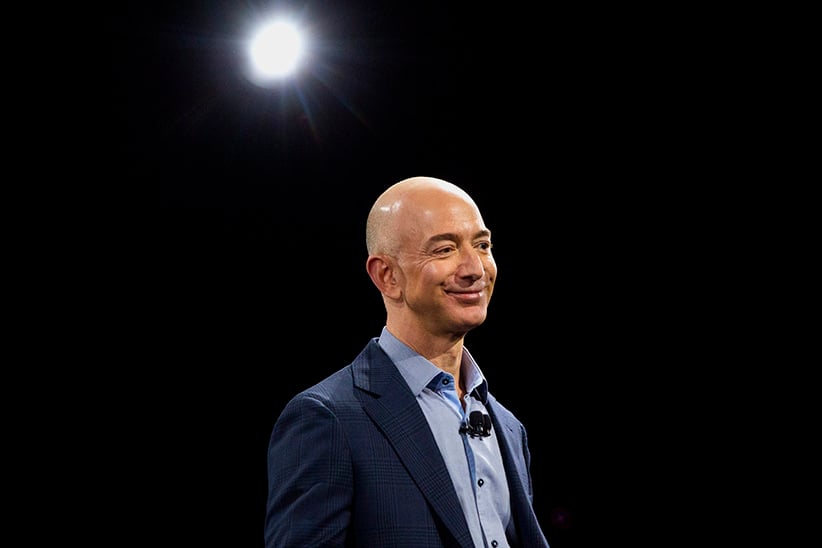 Scott Vrooman is a comedy writer for television, radio and the web. You can find his work at scottvrooman.org and follow him on Twitter @mescottvrooman.

When I heard that Amazon was planning to build a new headquarters that would create as many as 50,000 jobs, I got so excited that I kissed my Alexa voice assistant on the red, felt lips I had glued onto her speaker.

My city, Toronto, was among over 200 municipalities to submit a bid for your Job-lympics, and while our pitch made a solid case for why Toronto is great city to do business in—with a charmingly quaint 1950s-era transit system, up to two months of tolerable weather and 20,000 acres of dog toilets (a.k.a. parks)—I don’t think it truly got across how eager we are to serve you.

And I do mean serve you.

Because I want to make clear that there is virtually no limit to the degradation that I and my fellow Torontonians will suffer for the honour of earning your wages. We have an unquenchable thirst for jobs, and won’t let any pesky “shred of self-respect” prevent us from feeling a few precious drops on our swollen tongues.

And while some haters may call your auditioning process a “grotesque extortion of public resources that would in any meaningful democracy be illegal,” those old-economy job snobs can kiss my a**** (Alexa).

Toronto would do anything to be a member of the Amazon family, even if it’s merely the cousin who you only see at family reunions and ignore the Facebook friend request of. And to prove it, I personally guarantee that if you locate your Job-topia in Toronto, we will:

But I still don’t think I’ve quite gotten across the utter humiliation we are willing to endure to earn the distinction of performing labour in exchange for your money. In order that you, Jeff Bezos, the world’s richest and therefore wisest and most benevolent human, feel at home here, we will additionally:

Still not enough? Because again, there is literally no municipal self-abasement we won’t bear for a mere whiff of the overpowering stench of your wealth. We will even:

If you’re still not convinced, we stand ready to pour millions of dollars of public money into research and development in order to discover heretofore unimagined ways to debase ourselves to your satisfaction. We want to be a city that welcomes the future with an innovative, twenty-first-century deference to overwhelming corporate power.

Mr. Bezos (or Baron Dot Com, or His Primacy, or Bezos Christ Almighty, whichever you prefer), it’s been a delight to watch from afar as your plucky little website matured into a grown-up, ruthless monopoly. But now we want to do more than merely order from you. We want you to order us. To provide order to our economy. To rid it of messy competition and cluttered worker rights. And most importantly, to give us a higher purpose, so that we can all aspire to one day ascend to your big cloud drive in the sky.