The Commons: Down the memory hole

Ottawa basks in the comfort of rumour and prognostication 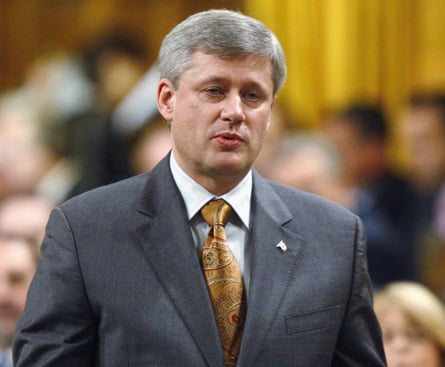 The Scene. Nobody knows anything, and fewer remember what we thought the day before. So it is in Ottawa and so it shall always be, until and unless it isn’t.

In the absence of knowledge or memory, there is refuge in rumour and prognostication. So we guess when the next election will come, fascinate ourselves with polls that rarely change. Last week we discussed, at length and with great concern, how completely and indisputably screwed the Liberals were in Quebec. The latest poll, released yesterday, shows them up 10 points in that province, struggling everywhere else.

This week, the gossip concerns which member of the official opposition is preparing to switch allegiances. Such is the surreal nature of this place that a source within a government that once proclaimed that a coalition of opposition parties would violate the basic principles of our democracy is now, apparently, happy to report that various members of one of those opposition parties are nearly ready to coalesce about the Conservative party in direct contradiction, one assumes, of everything those individuals campaigned on last fall.

You’re forgiven if you find it hard to keep up. In fairness, it’s less like watching an afternoon soap and more akin to a bad sketch comedy series, acted and scripted by untreated ADHD sufferers.

Amid all this, Michael Ignatieff stood just after 2:15pm this afternoon and dared talk about the state of the federal government’s finances.

“Mr. Speaker, for months, senior economists have been saying that this government’s deficit numbers are off the mark by billions of dollars and that we are going to be in a hole much longer than the Prime Minister is prepared to admit,” he insisted, putting his index finger and thumb together to accentuate his points. “These economists assert that the government has led us back into a structural deficit, one which persists long after the stimulus spending has been exhausted. Yesterday in this House, the transport minister denied it, so I will ask the Prime Minister.”

He leaned forward now. “Are we or are we not,” he asked, “heading into a structural deficit?”

The Prime Minister stood next. “Mr. Speaker, of course we are not,” he assured, “but I think the House would note that Canada’s fiscal situation and the relative strength of our fiscal situation has been praised by experts around the world. In fact I see today that on behalf of the country, on behalf of the government, Minister Flaherty is accepting an award for fiscal management. I think that is something that all Canadians will be proud of.”

Indeed. The Finance Minister was not in his seat this afternoon on account of his being honoured in Turkey today as Finance Minister of the Year by a European magazine you’ve likely never heard of. A jovial fellow who has managed periodically over the past year to manage a well-meaning smile despite a variety of reasons to do otherwise, Jim Flaherty is to be congratulated. And with any luck, the commemorative plate he was awarded comes with a $56-billion cash prize.

Undaunted, Michael Ignatieff stood and noted that the same magazine had once honoured the recently lamented Lehman Brothers brokerage. The Liberals laughed; the Conservatives fumed.

Taking the hint, Mr. Ignatieff moved on. “Mr. Speaker,” he began again, “on another subject.” The Conservatives mocked.

“Suaad Mohamud is the Canadian citizen who was wronged and abandoned by her government,” he continued. “Yesterday the parliamentary secretary told the House that her case did not reach the political level, but that contradicts the Prime Minister’s own assertion that he found out about it around August 10. However, email traffic, we found out, makes it clear that as of July 1, media lines were being prepared by the Prime Minister’s Office for the Prime Minister himself. Could the Prime Minister please tell us who is telling the truth?”

In fairness to Deepak Obhrai, the parliamentary secretary in question, he had not even said that much the day before. Indeed, he had only conceded that “most” requests for consular assistance do not reach the political level.

“Mr. Speaker, first of all, I would like to deal with the other matter, the comment on the Lehman Brothers,” Mr. Harper said. “Of course it always pains the leader of the opposition to say anything good about this country. Canada has a strong fiscal performance that he and everyone else should recognize, just as the world does.”

“On the case in question, I have been very clear,” Mr. Harper assured. “There are thousands of consular cases. It is extremely rare for the Prime Minister to become personally involved in a consular case. I did in early August. I asked that Ms. Mohamud be brought back to Canada. She was. The media asked me for the first time sometime after that. He asked me for the first time today.”

In fairness, again, the Prime Minister said the following on August 18, when asked about a story that was first publicized July 1. “When we became aware of the case last week,” he said, “we asked our officials in various departments to give us some information.”

On that note, Liberal Joe Volpe rose, loudly and furiously, with a conundrum.

“Mr. Speaker, Canadians want the Prime Minister to be concerned about Canadians,” he posited. “Access to information documents tell us that the Prime Minister knew on July 1, not August 18, about Suaad’s problems. The comms director for the Minister of Foreign Affairs, at 8:57 a.m. in an email marked urgent, said: ‘J’ai besoin de lignes pour le premier ministre dans les minutes.'”

“Are you one of the three?” John Baird chirped at Mr. Volpe, seemingly in reference to the day’s gossip.

“Is that all you guys have?” groaned another Conservative.

“Seventeen minutes later she repeated, ‘Lines for the Prime Minister please,'” Mr. Volpe continued. “Is the Prime Minister telling us today that he did not receive this briefing, that he was not paying attention or that he just did not care about Canadians’ safety—”

His time expired before he could shout the final syllables for the record.

Back then to Mr. Obhrai. “Mr. Speaker, the Prime Minister just answered that question from the leader of the opposition,” he assured. “He should listen very carefully to what the Prime Minister said. He said that the Government of Canada receives thousands of consular cases every day. Not every day, but in fact for every one minute there are three requests for assistance, and most of these cases do not reach the political level.”

Mr. Volpe was incredulous. “Can you believe this, Mr. Speaker?” he begged. (Sadly, our seat in the press gallery does not allow us to scrutinize the Speaker’s face for visible signs of belief.)

“Ms. Hagi spent more than two months at the mercy of the Kenyan courts. Yet according to ATIP documents, the Prime Minister’s staff was vetting all media lines from as early as June 5,” Mr. Volpe continued. “Those same documents were confirmed at a meeting between the Minister of Foreign Affairs, his officials and his staff on July 14. When they made the decision to let Suaad rot in Kenya, were they acting on their own or were they following the Prime Minister’s directions?”

This was, perhaps, not a question to which Mr. Volpe expected an answer.

“Mr. Speaker, as this matter is before the courts, I cannot divulge details,” Mr. Obhrai offered in response. “The government said it would undertake a review. A review has been undertaken. Let me repeat it once again. We get thousands of requests for consular assistance, and most of these requests do not reach the political level at all.”

And so it was resolved that the matter would remain unresolved, nobody sure of anything except their own side of the story, the stories nowhere near as easily fascinating as everything else.